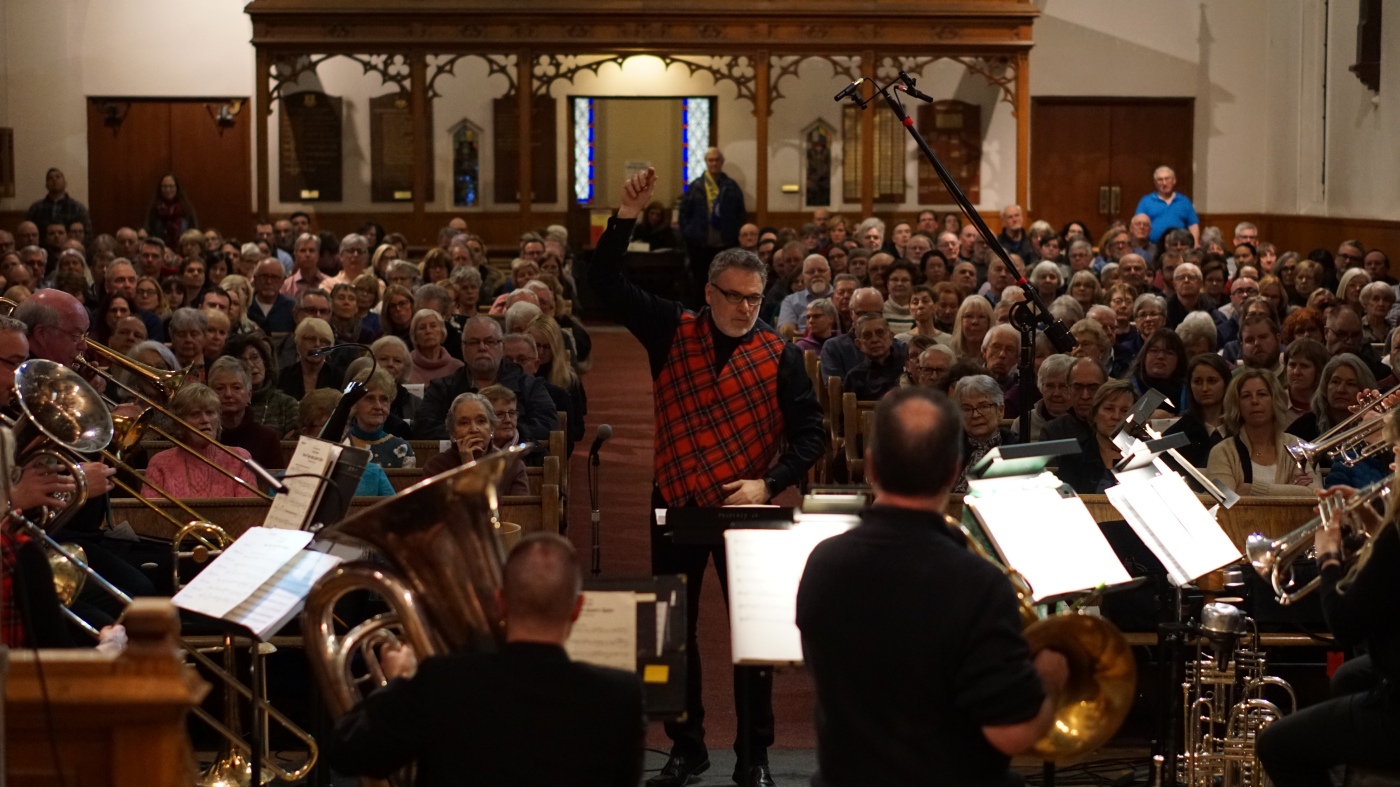 Jeff’s compositions and arrangements are in demand internationally and have been performed by symphonies and ensembles worldwide. He has conducted and performed with symphony orchestras across Canada and the United States, appearing with artists such as Denny Doherty, Michael Burgess, The Rankins, Ashley McIsaac, J.P. Cormier, Jackie Richardson, Martin Fry (“ABC”), and multi-Grammy Award winning Michael Bolton. In 2004, Jeff was appointed conductor for a series of concerts at Canada’s Casino Rama with Roger Hodgson (formerly of “Supertramp”) and members of the Toronto Symphony Orchestra. Jeff was a frequent guest conductor with Orchestra London’s Pops, Red Hot Weekends, Education and Family Series, and various community concerts. In 2001, he was director of Western University’s Wind Ensemble.

Jeff was the Musical Director at London’s tribute to our Olympic athletes “Inspiring a Dream”. His original compositions With Glowing Hearts and Carry the Light were featured in the show and in the documentary “Vancouver 2010 – Olympic Torch Relay”. He was also the Musical Director/Arranger for the opening of the MTS Centre in Winnipeg where he conducted the Winnipeg Symphony Orchestra with guest artists Randy Bachman, Burton Cummings, Tom Cochrane, Doc Walker and Chantal Kreviazuk.

Jeff’s original compositions embrace a wide variety of genres. His music for the Opening Ceremonies of the Canada Games premiered on national television in the summer of 2001. His original composition, River – Journey to Wellspring was written for and inspired by members of the Wellspring Cancer Support Centre in London Ontario and was released on CD in May 2003. Jeff’s Blue Nostalgia, which was commissioned for the 1998 Professional Writing Division Awards Concert at the Berklee Performing Arts Center, received the Millican Endowed Scholarship Award.  In the last few decades Jeff has been commissioned to write many other ceremonial works for orchestra, concert band, and choir, including A Grand Journey (Cityhood Centennial), Songs Of Karegnondi, Remember, Commissioned by Primus: Amabile Men’s Choir, and Rainbow Through The Rain, commissioned by the Valley Winds Music Association to commemorate the efforts of the Bow Valley communities, after the 2013 Alberta floods.

Jeff has worked on various feature films and television programs as a composer, orchestrator and musical assistant. He also has a strong background in the musical theatre genre. He wrote original music and arrangements for “Jazzabel”, a one-woman show written for Denise Pelley, where he served as Musical Director and drummer. Jeff’s original music written for the Remembrance Day-themed “Hearts Made Great” was extremely well received. He was the Musical Director for the Grand Theatre’s production of “Streetcar Named Desire” and has performed as a drummer and percussionist in countless productions internationally.

As the creator of numerous Pops shows, Jeff has conducted and performed concerts for audiences internationally, including “Hollywood Crooners and Broadway Divas”, “Bell Bottoms and Tiffany’s”, “Celtic Spectacular”, “Salsa Pops”, and “Christmas at Christmas”, to name a few.  In 2014, he formed The Jeff Christmas Orchestra and debuted his new series “Tapestry Of Sound”, originally produced by his father’s musical theatre company “The Art Christmas Aggregation”.

In 2009, “Brassroots” released their fifth recording “Cocktails: The Music Of Jeff Christmas”, which received critical acclaim for the originality of Jeff’s Cocktail Suite.

Jeff has received many London Music Awards for composing, the 2005 Jack Richardson Award for Classical Soloist/Conducting, and in 2013 was recently inducted into the Western University, Don Wright Faculty of Music “Wall of Fame”. Jeff resides in London with his wife Wendy and two sons Jayden and Cameron, where he continues to write and teach music, and maintain his online music store and publishing company “Write On Music”.